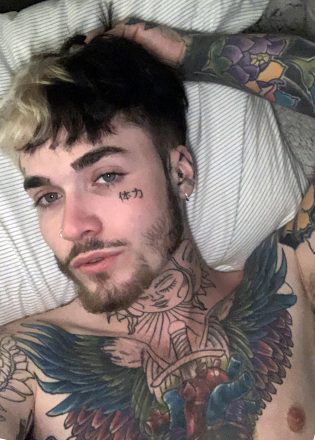 About him
Evan Black has a narcissistic streak, which I think is why he is open to being gay4pay. After all, it comes with not a small amount of flattery. And, to tell you the truth, he definitely strikes a flattering figure. He has more ink than anyone I've met in quite a while, but the bright intricate colors of his tattoos work well against his pale white skin. He has beautiful (and sexy) eyes, and although I wouldn’t say he is everyone's cup of tea, he's a damn good fuck, so there's that.
Model Type
Blond / Light Hair, Dark Hair, Tattoos, Twink / Teen
88
Evan Black appears in this scene
Angel Needs An Investor