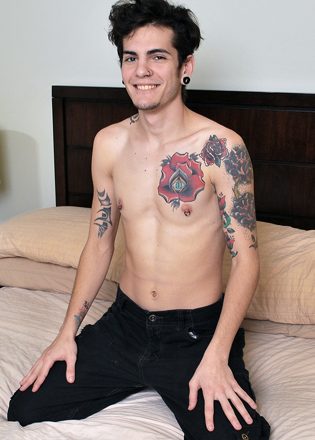 About him
Gideon qualifies as a true Raunchy Bastard. He wouldn’t strike you as that way by looking at him, but he’s got a kinky side a mile wide! His sexuality is what I would describe as pansexual. He enjoys sex with almost anyone, but he is fairly conservative in terms of choosing when to actually do it. The reason that I know he is a Bastard is that he has referred several of his straight buddies to do gay porn, and he gets a thrill out of pimping these guys out. That’s one sick motherfucker (in a good way!)
Model Type
Bi, Bubble Butt, Latin, Smooth, Twink / Teen
147
Gideon Graham appears in these scenes
Tricking Out His Highschool Buddy